Since 2014, the LEx platform has substantially improved transparency, market allocations (a major contributing factor to the hop crisis of 2008-9), and community member decision making, while providing a means for convenient, secure transactions.

You can learn more about our team and The Lupulin Exchange at our community where we post regularly.

To unify & add radical transparency to the entire hop market

John Bryce is a brewer, entrepreneur, and lover of all things technical brewing. He built his first brewery (Blacksburg Brewing Co.) on a shoestring budget in 2002 and his career continued at several Virginia breweries, including Capitol City, Old Dominion, and Starr Hill. John Bryce graduated from Versuchs- und Lehranstalt für Brauerei (VLB) in 2008.

In addition to LEx, John is host & producer of The Master Brewers Podcast, and brewmaster at Mount Ida Reserve. Fun fact: Many years ago, John brewed his first batch of homebrew with LEx co-founder, Shane Kunkle. 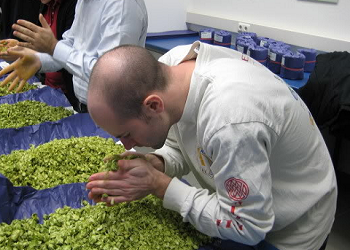 Shane Kunkle has had a lot more practice writing software than brewing beer. That’s why John gave him a call when the idea for The Lupulin Exchange started brewing. Over the past 19 years, Shane has built a number of successful software companies and is currently the Chief Operating Officer at DevResults.

Shane graduated with honors in Computer Engineering from Virginia Tech and is a Microsoft Certified Professional. His first professional lines of code were written for radar systems and high-speed buses at general motor’s forewarn group.

When he’s not writing code, you can find Shane with his wife and three sons (!) – drinking rye whiskey, coaching youth sports or working out (generally in that order). 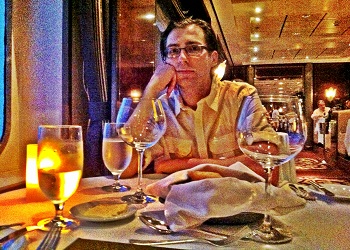 Jesse is a social psychologist, social drinker, and lover of all things beer. He's been friends with John Bryce and Shane Kunkle since their undergraduate days at Virginia Tech. Jesse opened a successful restaurant and spent considerable time behind bars (making drinks), but in wasn't until graduate school at University of Virginia that he learned the true value of a well-crafted beer.

Jesse now lives in the country with his wife KK, son Max, and cat Mel on Afton Mountain in Virginia. 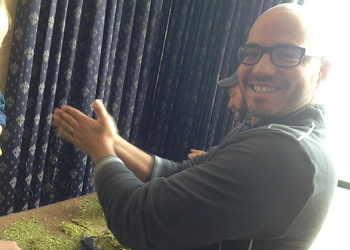 Darren Kopp is a father, husband, software engineer, and gamer. Darren figured out how to program websites when he was 14 years old and has continued learning ever since. Darren is eager to apply his software chops to all kinds of problems, and is currently teaching himself as much as he can about machine learning. Darren also works on open source projects, speaks at conferences, and helps raise two children. Darren lives in Utah and enjoys soccer, paintball, gaming, and spending time with his family. 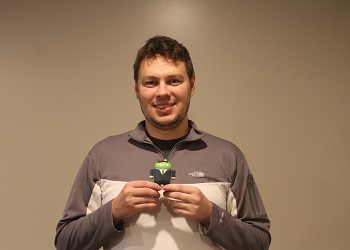